Learn more about our provider below 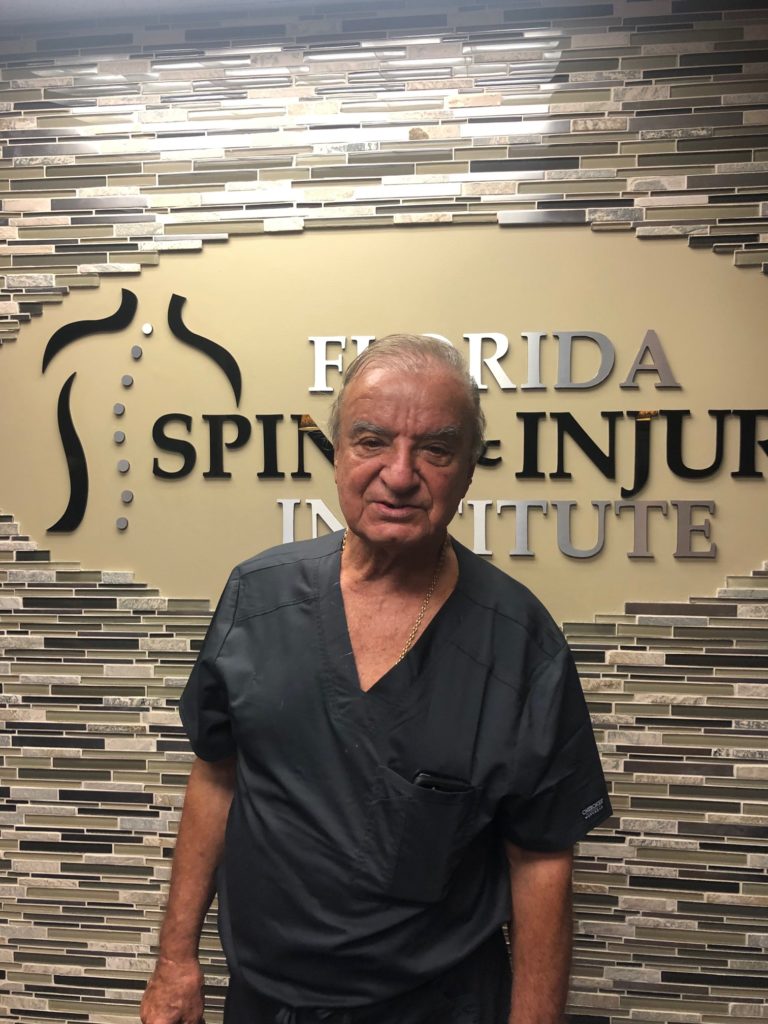 A native of Czyzki, Poland, Dr. Zemankiewicz received his education at the Warsaw Medical Academy, earning his Doctor of Medicine (M.D.), and at the Silesian Medical Academy, Katowice, PHD in Orthopedic Surgery (1976), F.A.C.S received recognition in approx 2018 (The letters FACS (Fellow, American College of Surgeons) after a surgeon’s name means that the surgeon’s education and training, professional qualifications, surgical competence, and ethical conduct have passed a rigorous evaluation, and has been found to be consistent with the high standards established and demanded by the College.), and Independent Medical Examiner. Before receiving his education, Dr. Zemankiewicz served in the Polish Air Force as a master sergeant from 1962 to 1964.

Dr. Zemankiewicz is a fellow of the American Orthopaedic Academy Surgeons, the Florida Orthopaedic Society, and the American Medical Association (AMA). He serves as the organizer of the Polish Association in Lakeland, Florida. He has also earned diplomas from the rescue operation during hurricane Elena in Tampa, Florida, and from the Polk County Board.

Dr. Zemankiewicz authored Operative Treatment of Hip Dislocation by Proximal Femoral Osteotomoclasia, as well as numerous articles in professional journals. He was also featured in Who’s Who in Polish America, 1st Edition 1996-1997 from editor Boleslaw Wierzbianski.

Top 3 Reasons to Get Checked Immediately After an Accident

Insurance requires that you be checked by a qualified physician within 14 days after your accident.

The sooner you receive care, the faster you can be diagnosed and receive the proper medical treatment.

Our clinic has helped hundreds of auto accident victims receive care and information about what's next.

Why our patients trust our care

Ok~so where do I begin? First off~This place is ABSOLUTELY AMAZING! I have been going to chiropractors since I was 16 due to my asthma & I honestly have never found a facility that has offered all the services that Florida Spine & Injury Institute does, along with the amazing personalities within!! This place is IMMACULATE, as well~WHAT A BONUS!! The staff is WONDERFUL!! 100% professional, very compassionate & always friendly & eager to help! I honestly did not think I would ever start to feel better, but the staff reassured me & helped me to stay positive & even wiped away some tears! Last but not least~ Dr. Mohammad Hamtaee is ABSOLUTELY PHENOMENAL! There are no words to describe his level of patient care! His compassion and professionalism, along with his OUTSTANDING Chiropractic expertise ~ is above and beyond! There truly are no words~ you need to experience it for yourself~ TRUST ME! Thank you so much, DR. Hamtaee & staff~ you are all truly a blessing!! WE LOVE YOU GUYS!!
TinaMarie MangerPatient
Clean, professional, efficient, knowledgeable and ethical are words I use to describe this facility. I have been treated with exceptional care after being in a car accident and having back problems. Dr. Hamtee and his staff really go out of their way to make sure that every client feels valued & knows the importance of their personal care. If you are concerned about covid19 then look no further. This is the best!
Viesta SkipperPatient
This place is amazing! After I had an accident the Dr. helped me with any questions I had and also recommended some great attorneys for my case!! The staff was professional and very nice. The facility was very clean and always smelled great!
Brenda VargasPatient
After being in a Auto accident I was fortunate to receive Physical Therapy from Dr Hamtaee. The whole team is awesome. I cannot speak highly enough of this practice from excellent bed side manners to the personal and friendly staff.
Steven PowellPatient
Excellent service. Very well trained professionals. They really care about your treatment. They are extremely patient when it comes to helping their clients. I highly recommend Dr. Hamtaee and his staff to everyone.
Patricia WebbPatient
Previous
Next

If you’ve been injured, don’t wait.
Get Checked Now!

Fill the form and we will get in touch with you immideately!